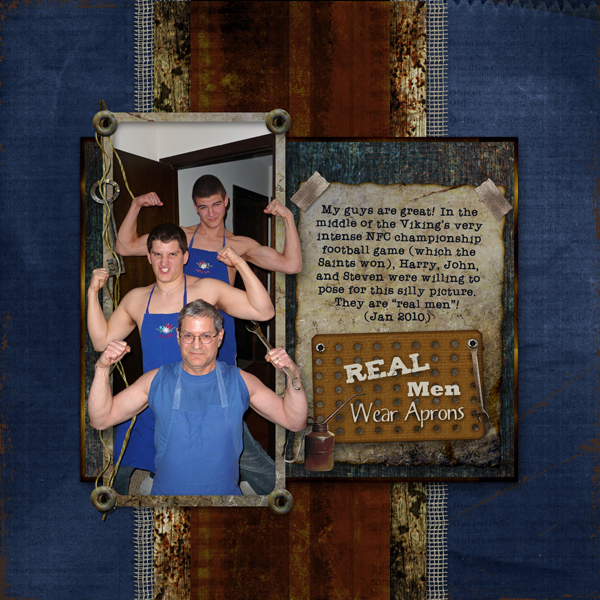 Have you ever seen a page where it looks like someone in a photo is popping out of the frame? I’ll show you how to do this out-of-bounds technique on your next digital scrapbooking layout!

For this photo, I wanted to make my guys’ arms look like they were coming out of the frame, so first I positioned the frame so parts of their arms extended beyond it. 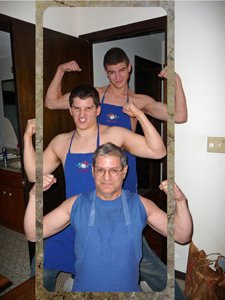 Next, using the Lasso Tool, I extracted those parts of the guys’ arms that were under the frame and extended beyond the frame, plus a little extra. 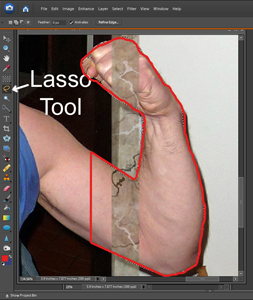 With the “marching ants” going around the guys’ arms and the photo layer selected, I held down Ctrl+J. This made a layer with only the guys’ arms. I moved the frame below the arms and increased the Opacity back to 100%. 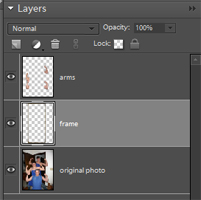 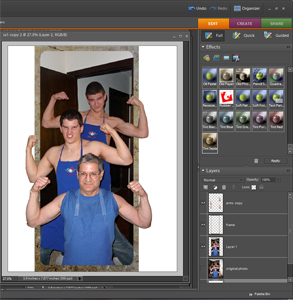 To make realistic drop shadows for the extracted arms, I selected the “arm layer” and hit Ctrl+J to make a copy of the layer, then hid the extra layer. The extra layer was my insurance layer to use if I needed to go back to the beginning.

Selecting the visible arm layer, I double-clicked on the function Soft Edge (#1 in the image below). This gave the arms a drop shadow. To adjust the shadow, I double-clicked on the fx on the right side of the layer (#2 below) which brought up a Style Settings window (#3 below). I played with the settings until I achieved the look I wanted. That left one thing to fix: the strange dark lines (#4 below). 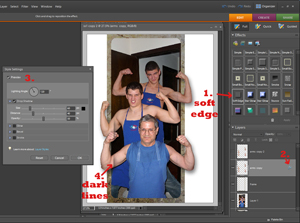 Isn’t this a fun look? Why not give it a try? Be sure to post your out-of-bounds layouts in the Scrap Girls Gallery so we all can enjoy them. Happy Scrapping! 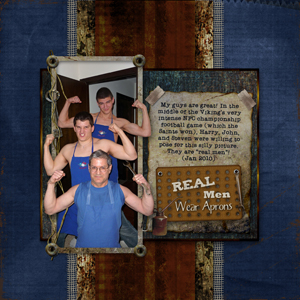